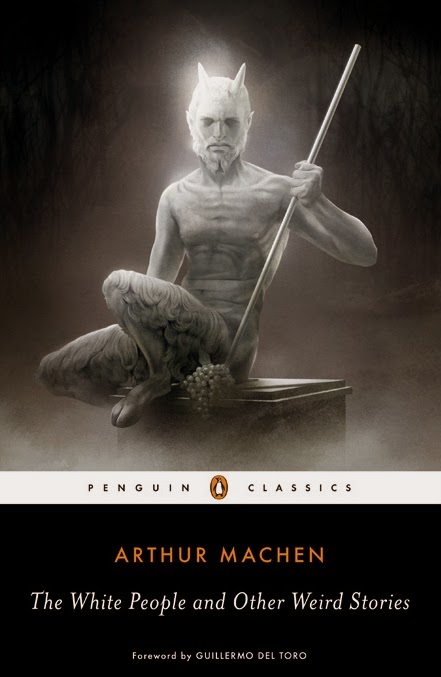 The Newport Art Gallery and Library - the only place in the UK to house a rare collection of books, letters and papers belonging to the first author of modern horror, Arthur Machen (1863-1947) - could close if proposed cuts to its funding are implemented. Machen, often referred to as the ‘Apostle of Wonder’, is perhaps best known as a pioneer of supernatural, fantasy and horror fiction. He has had an immense influence over contemporary horror literature (including writers such as HP Lovecraft, Stephen King, Peter Straub and Ramsey Campbell) and cinema - perhaps most obviously on the work of Guillermo del Toro, whose films Pan’s Labyrinth and Don’t be Afraid of the Dark (which he produced) tap into the very same themes and imagery of Machen’s work: the intrusion of the ancient, the mystic and the incomprehensible upon a modern society.

The Friends of Arthur Machen literary society has asked for assurance that the collection will remain open to the public even if closure takes place. Treasurer Mark Valentine went as far as saying if the council closed the collection it would be "like Swansea disowning Dylan Thomas." The collection includes books and papers donated by admirers, friends and family of the author.

According to Newport City Council, who plan to cut £10million from the library’s budget, the building is in need of expensive repairs and is not fit for purpose. A spokeswoman for the council said: "Newport City Council is currently consulting on more than 100 budget proposals as it tries to close a £10m budget gap. One of the proposals that has been put forward relates to the library service and creating a hub model which would provide a different service offer to residents. The proposals do not affect the contents and stock of the libraries, including books and collections of cultural significance and historic value. If this proposal did go ahead then the council would follow all of the correct professional processes when moving items and all collections would be secured and kept safe during transportation."

The leader of the council has met with the literary society, and a spokesman said: "If the proposal to close the central library building did go ahead then the council would consider where the best possible place to relocate the reference library would be."

According to Godfrey Brangham, the founder of the Friends of Arthur Machen literary society, "This obviously is of great concern. The library has a huge number of first editions, some very rare manuscripts, letters, and it would be a great shame if it was disassembled or moved out of the county. It should stay within the county. He is a son of Gwent and one of its finest writers."

The society’s chairman, Ray Russell, added: "Newport holds the finest public Machen collection in the UK. We'd like them to preserve it, develop it, and keep access to it open. Arthur Machen was a local son of Gwent who won worldwide literary fame, and it is hoped that Newport will continue to honour his work."

The son of a clergyman, Arthur Machen was born in 1863 in Caerleon, Wales. 2000 years prior, Caerleon was the Roman settlement of Isca Silurum, and the dark and mysterious landscapes of the surrounding countryside frequently coloured Machen’s work. The Great God Pan, perhaps his most famous work, was initially condemned when published in 1894. Horrified critics described it as a decadent and 'incoherent nightmare of sex.' HP Lovecraft was an early admirer, writing about it extensively in his influential essay 'Supernatural Horror in Literature', while Stephen King once described it as "one of the best horror stories ever written." It tells of a young peasant girl who is used in an experiment in early brain surgery. She experiences orgasmic visions of the vast and formless titular deity of nature but loses her mind in the process. It is then discovered she is pregnant, but she dies shortly after giving birth. Some years later, her daughter is revealed to be, as director Richard Stanley describes, "a beautiful, voraciously seductive avatar of Chaos, a pagan antichrist who proceeds to cut an apocalyptic swathe through stuffy fin-de-siecle London." 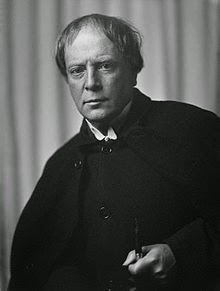 The Novel of the Black Seal and The White People followed in 1895 and 1904, respectively. The latter is a first person narrative charting the descent of a young girl on the brink of puberty into a sinister web of pagan rituals as her nurse prepares her for a final ‘communion’ with the fairy inhabitants of the otherworld; the former, a dark folkloric tale of eerie encounters with ‘little folk’ who steal away human children and babies, replacing them with changelings who exert an unhealthy influence over human affairs.

According to writer, comedian and Machen enthusiast Stewart Lee "There are so many fantastic things about Arthur Machen and they come into focus at different stages in your life. It's conceivable that there'll come a point in the not too distant future where people will find it absolutely inconceivable that this stuff was not preserved in the place that's the most appropriate to it."

greyirish said…
Fun fact, if you're interested: Machen's story "The White Powder" was quasi-adapted into the Italian softcore erotica film "Ecstasy."
16 January 2015 at 21:17

James Gracey said…
Woah, that is indeed a fun fact! I'm not familiar with that title, but reckon I'd be up for a bit of Machen-inspired Italo-erotica.
17 January 2015 at 11:09