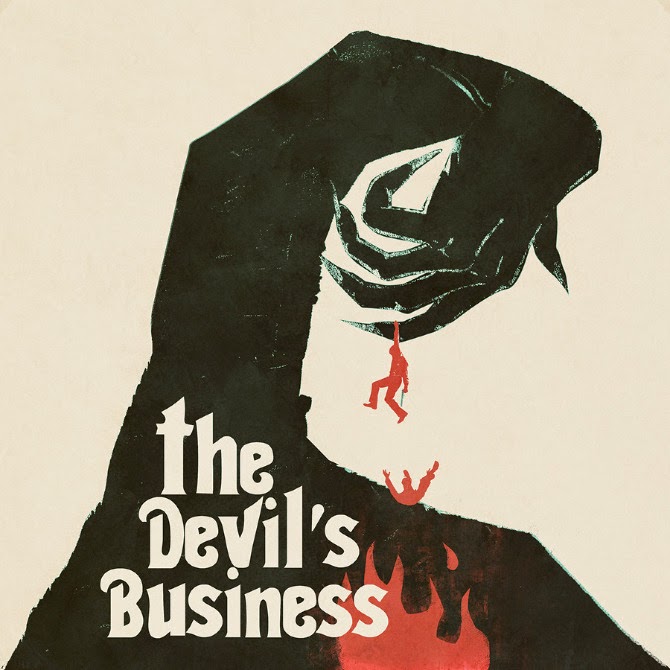 Set over the course of one night in a too-quiet house in which a satanic altar and the remnants of an infant sacrifice are discovered, The Devil’s Business charts the doomed descent of two contract killers into a web of conspiracy, blood-sacrifice and diabolism.

Scored by Crippled Black Phoenix front-man Justin Greaves, the music for The Devil’s Business is a suitably low-key, moody affair punctuated by moments of soaring post-rock. Greaves specialises in cinematic soundscapes – which he describes as ‘end-time ballads’ – rife with apocalyptic connotations and macabre subject matter, but always imbued with a shard of hope.

Head over to Paracinema to read my article on it and listen to a track.
Audiodrome British Horror Film Scores Film Soundtracks Justin Greaves music Music in Film Satanic Cult The Devil's Business