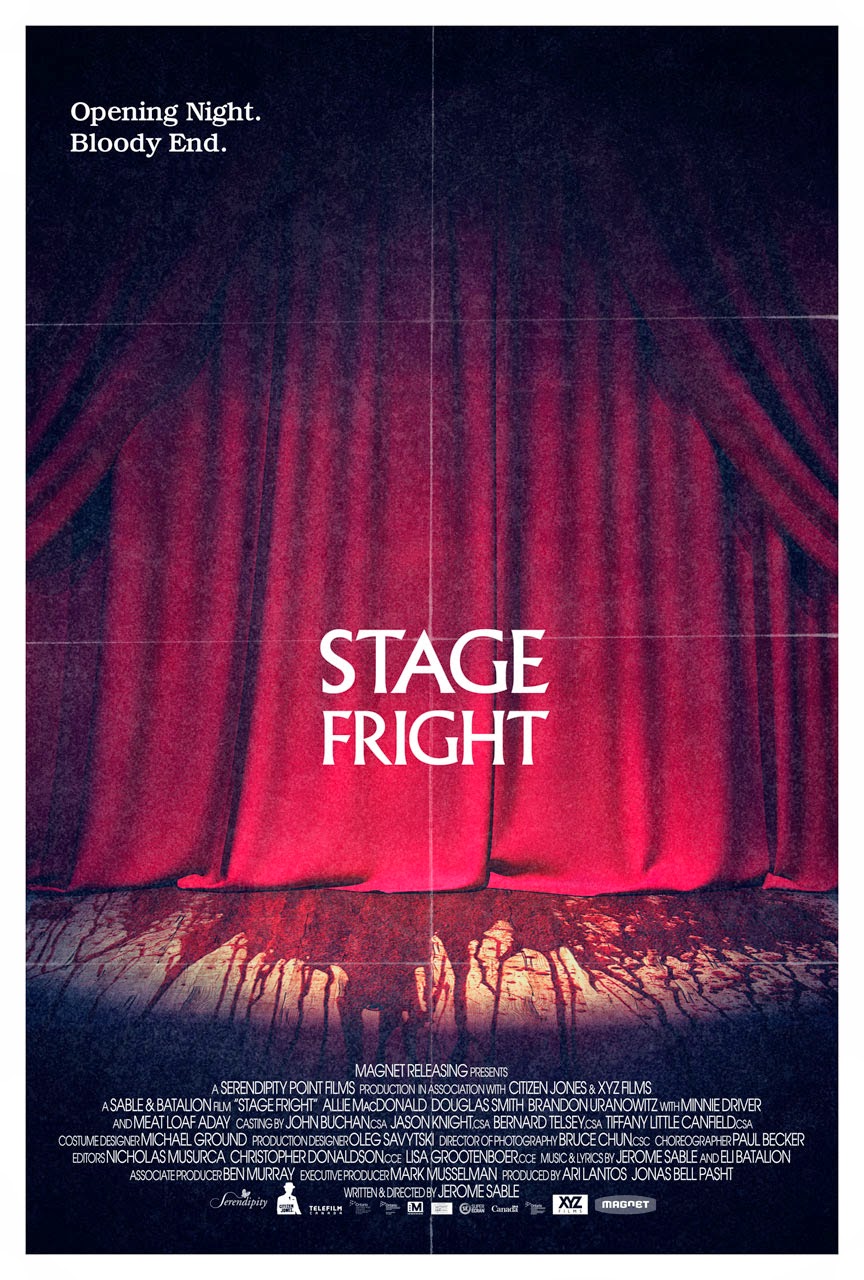 When the daughter of a murdered Broadway diva wins the lead role in her summer camp’s annual musical production, the cast and crew begin to fall victim to a masked killer with a hatred of musicals…

In the past when horror has bred with the musical, it has spawned oddball titles such as Repo: The Genetic Opera, Phantom of the Paradise and The Rocky Horror Picture Show, resulting in one of the quirkiest subsets of the horror genre.

Similarly, with its admittedly ludicrous blending of musical comedy with slasher flick, Stage Fright sets itself up as an over-the-top, campy romp. Sadly, it never quite nails it.