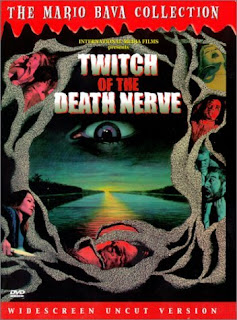 A Countess is murdered by her conniving husband who makes it look like she has committed suicide. He doesn’t even have time to rub his hands together and cackle manically before he too is bumped off by an unseen assailant who disposes of his body in the bay. Soon, a group of relatives and randoms including the Countess’s daughter (Claudine Auger) and her husband (Luigi Pistilli), an illegitimate son (Claudio Camaso), a sleazy businessman (Chris Avram) and his secretary (Anna Maria Rosati) converge at the bay to lay claim to the property and its potentially lucrative and undeveloped surroundings. Also residing in the bay is an obsessive bug collector and his fortune-telling wife. When four teens show up to party in an empty villa, the stage is set for a slew of bloody murders and subjective camerawork, as greed, paranoia and double-crossings all lead to murder. Everyone has their own selfish and devious agenda to inherit the lush bay and everyone is both suspect and potential victim. Let the games begin.

This film is widely acknowledged as the first slasher film and Bava immediately cuts to the chase with an elaborately staged double murder. The serpentine, whodunnit plot involves a substantial number of grisly murders and had a deeply profound influence on filmmakers such as John Carpenter, Sean Cunningham and Steve Miner – the latter’s Friday the 13th Part II (1981) pilfers shamelessly from Bay of Blood, particularly a couple of nasty death scenes – notably the machete in the face murder and the couple impaled together by a spear. The highly gothic atmosphere of the opening scene segues into an incredibly stylish barrage of blood-dark set pieces and verging-on-camp mayhem. It is the murders themselves, not so much the mystery aspect of the story, that become the focus. 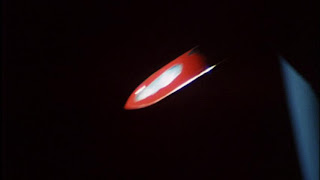 Bava changed gears significantly with this film, not that he was ever a director content to just repeat the same film over and over again: he regularly dabbled in different genres, stamping his work with his inimitable brand of style. Gone is the overt Gothicism and highly charged sexuality of the likes of The Whip and The Body (1963), Kill Baby Kill (1966) and Black Sunday (1960). In their place is the natural progression from what Bava began with Blood and Black Lace (1964); a series of stylish and overtly gory set pieces revolving around murders carried out within the strands of a highly convoluted but strangely compelling plot.

Much of the iconography associated with slasher films is present here. The subjective camera work, the glinting blades, the sexed-up partying teens stalked and maimed one by one, and the revelatory payoff where we discover just who has been carrying out the dastardly deeds. The section of the film featuring the group of partying teens who break into an empty holiday villa on the shores of the bay is the essential blueprint for many a subsequent slasher film. The friends party, make out, undress, go skinny-dipping, have sex, drink lots of alcohol, and are stalked by an unseen assailant before they get murdered, all against the backdrop of the beautifully wooded and isolated bay. All is lovingly filmed in gory detail by Bava’s ever gliding camera that frequently cuts to the stalker’s point of view. When the slasher/body-count narrative was embraced by American filmmakers, they imbued it with their own sensibilities and intrigues and eventually sex and partying led to death. Bava’s concerns lay elsewhere and he seems to suggest that greed can push almost anyone to murder at any time. There is also no one character that the audience can sympathise or identify with: all of the characters are essentially knife fodder and none are well enough written or fleshed out to invest in. 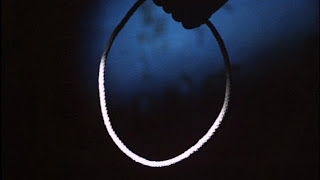 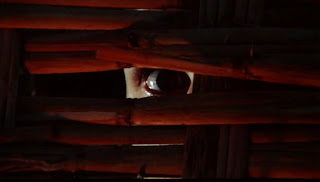 At times Bava’s camera lingers longingly whilst gazing at the various wounds that are inflicted throughout the increasingly bloody proceedings with an almost fetishistic indulgence. The director does over use his zoom lens at times but this adds a kitschy level of enjoyment, as do the marvellous seventies set designs and costumes.
Bava makes excellent use of the idyllic location and whether it is reflecting the blue sky and gleaming sun or rippling under an ominous moon; the bay never looks anything short of moody and bewitching.

The cruel irony of the climax in which the two final killers standing are gunned down by their own children is certainly a memorable one and rounds out the cynical nihilism of the story fittingly. Even by today’s standards, many of the slayings are brutal and quite shocking, and Bava revels in presenting them with directorial panache and chutzpah.
Body Count Movie Giallo Italian Horror Mario Bava Seventies Horror Stalk'n'Slash

Unknown said…
Your excellent writings on this film have encouraged me to order it on Amazon, I never would have known about it otherwise..thanks James x
7 April 2009 at 20:43