April 02, 2009
In light of the fact that Dracula is this year's Dublin: One City, One Book's selected text, I thought it appropriate to delve into the background of the novel's author: Bram Stoker.

Born in Dublin in November 1847, Bram Stoker was a sickly child and bedridden for much of his formative years.
As a young man he attended Trinity College in Dublin and excelled in athletics as well as his studies. He graduated in 1868 with a degree in mathematics and began working as a civil servant in Dublin Castle.
This experience inspired him to write his first book, the rather riveting sounding Duties of Clerks of Petty Sessions in Ireland. This thrilling epic took the form of a handbook of legal administration and was published in 1878.


At this stage, Dracula was but a mere twinkle in Stoker’s eye, and the budding writer busied himself with some freelance journalism and theatre criticism. Soon after attending a performance of The Rivals at the Theatre Royal, Stoker met Henry Irving and subsequently became his agent. This relationship is speculated to have been somewhat ‘unconventional’ and rumour has it that Stoker was infatuated with the rather dashing but cruel Irving. Contrary to this, Stoker met and married Florence Balcombe who had actually been involved with Oscar Wilde at the time. She turned down Wilde’s attentions in order to set up house with Stoker in London.

Sometime in 1890, and apparently after overindulging in some rich crab pate, Stoker took himself to bed and experienced some of the most vivid and feverish nightmares imaginable. These were to form the basis of his inspiration for Dracula. It is also suggested by certain scholars that Irving also helped inspire Stoker to realise his blood thirsty and ravaging antagonist and Stoker based many of the Count’s tyrannical mannerisms on Irving. Dracula was not completed until 1897 and in-between times Stoker wrote The Snake’s Pass, The Shoulder of Shasta and a number of short stories whilst researching European folklore and history. 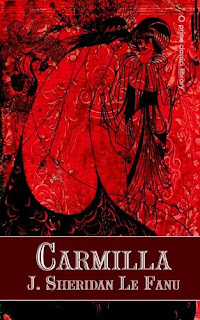 Dracula may be the most famous vampire story in the world today, but it certainly wasn’t the first. It was preceded by fellow Dubliner Sheridan Le Fanu’s Carmilla in 1871, a scandalous tale about a lesbian vampire who manipulates a lonely and naive woman. John Polidori’s The Vampyre also preceded Dracula and was written during the summer of 1816 while Polidori stayed with Mary Shelley and Baron in Europe. Polidori’s representation of the vampire as an aristocratic man also inspired Stoker when he was creating the diabolical character of The Count.

When Dracula was published it was not an immediate success, though reviews were positive. Many readers thought it a titillating and rather scandalous read.

Stoker went on the publish several more notable novels, including The Jewel of Seven Stars and The Lair of the White Worm – none were to have the same impact on literature or indeed Western culture as Dracula though.

Stoker died in London in 1912 after a series of strokes and complications allegedly caused by Tertiary Syphilis. His ashes were placed in an urn and stored in Golders Green Crematorium.
Author Bram Stoker Dracula Dublin Literature

Unknown said…
I really enjoyed this article on the life and writings of an Irish literary genius! Particularly interested in the fact that the dreams that fuelled Dracula came as a result of too much crab pate!....must try that some time!
7 April 2009 at 20:28