Pass this Award onto seven other people in seven days or you will DIE!

The blogosphere has resembled something of a Brian Yuzna inspired orgiastic frenzy recently, with everyone giving everyone else an award for something or other. Just as I was about to start feeling sorry for myself, a couple of nice bloggers said nice things about Behind the Couch and even chucked me a couple of beauteous awards too.
I’m not really one for speeches or anything, so I’ll just say thanks very much to Christine at Fascination with Fear, Carl at I Like Horror Movies and Matthew at Movietone News for their kind words.

Basically I’m just going to take the awards and run. But before I do, I wanted to mention a few blogs I enjoy frequenting.

A wonderful site dedicated to Atomic-era B-movies and monster movie classics from the 50s. Each film is painstakingly dissected and eloquently discussed by Mykal, who has actually just received a nomination from Total Film for Best Newcomer Blog – drop by and vote for him. http://www.totalfilm.com/features/2010-blog-awards-best-newcomer-blog/

Calm librarian by day, frenzied fan of gory slasher movies by night, Ross’s fantastic trawls through TV-movie thrillers, stalk ’n’ slash films, women in peril movies, Midnight movies and all things murder, mystery and suspense have kept me up past my bedtime on many a dark and stormy night…

When Matthew isn’t contributing to Screenonline, Philosophy Now, The Dark Side, a whole stack of those 101 Whatevers You Must Whatever before You Die-type books or indeed working on his own forthcoming book Pre-Code Horror: American Horror Films 1929-34 – he can be found skulking about at Carfax Abbey reflecting on all things vintage horror and pre-code horror, as well as a host of Hammer Horror related treats. A damn fine site worth losing yourself in for a few hours. 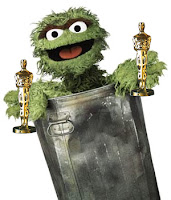 Whether she is exploring the annuls of schlock cinema, exploitation flicks, horror movies, B-movie hell or just keeping us updated on the on-going exploits of her kerr-azy cats, you can be assured that Jenn will do it with inimitable panache, flair, humour and gin-soaked class. If dipping your toe into the murky depths of Nazisploitation, Nunsploitation or just anything that’s plain weird and creepy is too much for you to handle on your own – let Jenn be your guide. She’ll ensure your glass is always full too.

A blog dedicated to all things Frankenstein. Pierre hosted a wonderful Boris Karloff blogathon late last year which got most of the horror blogosphere rushing to revisit old Universal favourites and explore a few lesser seen Karloff oddities. This site contains artwork, reviews, retrospectives, old film stills and a wealth of other material relating to Shelley’s misunderstood monster…

Paracinema… The Blog will always have a special place in my heart. Not only do they produce Paracinema, a quarterly film magazine focusing on cult film, horror, B Movies, indie, exploitation, underground, world cinema and sci-fi – but their blog never fails to introduce me to random and obscure gems of fringe cinema. Each writer, including Matt of Chuck Norris Ate My Baby notoriety, has their own distinct voice, style and wit, and they never fail to provoke excitement and curiosity for whatever their topic of discussion is.

Aaron may or may not still be blogging at The Death Rattle, but when he is, he indulges readers in the most bizarre and obscure films imaginable and shares humorous reviews shot through with a scathing wit that is as refreshing and striking a sight as blood on snow…