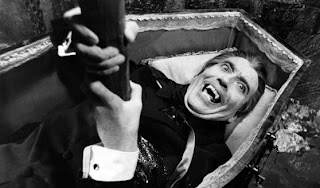 Fans of Hammer Horror will no doubt be familiar with and aware of the important role Bray Studios played in the history of the production company throughout the 50s and 60s. Situated next to the River Thames at Water Oakley, Berkshire, Bray Studios was also where Ridley Scott filmed Alien in the late Seventies.

The studio has recently come under threat. The current owners have applied for permission to carry out refurbishment work on the Grade II listed Down Place - the building at the centre of the studio complex. It is also their intention to demolish all of the existing Bray Studios buildings and convert the listed Down Place house into private residence (which will be lived in by the owner of Bray Management Ltd. and his family). If this happens, the character of the Bray Studios site will be irreparably altered and a piece of British film history will be completely eviscerated. Bray is actually set to celebrate its 60th year as a film studio next year, and is one of the few surviving studios from the era of classic British cinema. It’s also the only one of the Hammer House studios that survives to this day as a working studio. 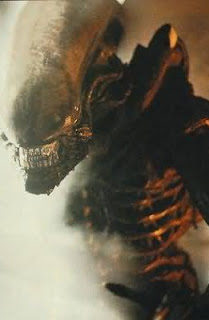 The studio came into existence when Hammer Films/Exclusive Films moved into Down Place from their temporary home next door in Oakley Court (now a hotel) in 1951. Taking on a one year lease before buying the site, Hammer converted the main house into a workable studio space eventually building purpose-built studios in the grounds. Known for a while as Exclusive Studios, it would soon be renamed Bray Film Studios and Hammer would remain there until 1966, finally selling the property at the end of the decade.

During this time, Hammer made some of their most fondly remembered and important cult British films at Bray Studios. Titles such as The Quatermass Xperiment, The Curse of Frankenstein, Dracula, The Camp On Blood Island and Plague of the Zombies were all filmed on location at the studios, just outside Windsor. The last Hammer production made at Bray was The Mummy's Shroud, which ‘wrapped’ on 21 October 1966.

Since then the studio space has also been utilised by outside productions throughout the years. The Errol Flynn Theatre filmed there in the 1950s, The Who recorded and rehearsed at Bray during the 1970s, The Rocky Horror Picture Show was made there, and TV series like Inspector Morse and Doctor Who have also used the space.

The buildings in which the studios are housed have also appeared in numerous Hammer titles throughout the years, too. For a detailed look at these appearances, check out this site.

With Hammer set to up its profile again with the release of the forthcoming remake of Let the Right One In (Let Me In), surely an appreciation and re-evaluation of its past merits and contributions to horror cinema is due. With Bray Studios playing such a major role in the history of the company, its unsure fate should be addressed and the appropriate actions undertaken to ensure its preservation. 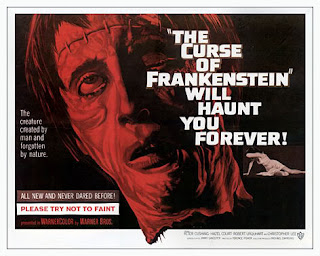 When one takes into consideration the amount of genre work produced at Bray Studios, it stands to reason why it should be considered an important cultural and social landmark in the history of British cinema. As such, a new campaign has been set up to raise awareness of the studio’s plight.

To find out more information and get involved to help spread the word – drop by the official Save Bray Studios site. You can also keep up to date with the campaign on Twitter and Facebook.
Bray Studios British Cinema British Horror Cinematic Heritage Film Studio Hammer Horror

James Gracey said…
Hey Sarah, I don't think The Shining was filmed there - but Alien was! It would be such a shame if the place was knocked down. It really does have a deserved place in the heritage and history of British cinema.
22 July 2010 at 18:32