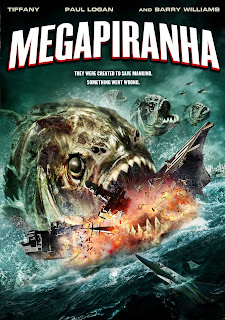 Just when you thought it was safe to rummage around in the bargain bin of your local video store, the latest ‘mockbuster’ offering from The Asylum raises its shameless head from the dank depths of straight-to-DVD hell for a brief release on the big screen.

Head over to Eye for Film to read my full review.
Indie Film Low Budget Monster Movie So Bad It's Good The Asylum Trashy