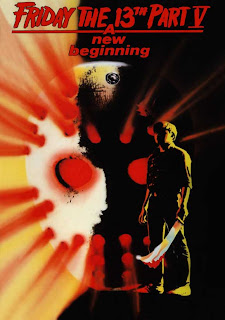 Five years after his run in with hulking serial killer Jason Voorhees, 17 year old Tommy Jarvis is still traumatised by memories and nightmares of that fateful night. Released from an institution and sent to live in a halfway house for troubled teens undergoing rehabilitation, Tommy’s nightmare is far from over. A slew of brutal murders in the area would suggest Jason has returned from the grave – or that Tommy has flipped out completely. But who’s that minor cast member over there with the wild ‘n’ crazy look in his eye? Is it someone who is pretending to be Jason to avenge the death of his illegitimate son – also a resident at the halfway house?! No! Surely not!!!

A New Beginning is often maligned by fans as it is the only film (aside from Part 1) not to feature Jason Voorhees as the killer. While the killer dresses as Jason and has a motive that also involves avenging the death of a family member, it isn’t the real Jason. You might be forgiven for thinking, ‘Well, Halloween III didn’t feature Michael Myers and that was still an interesting attempt to breathe fresh life into a stale franchise and take it in a new direction.’ And you’d be right. But not in the case of A New Beginning, which exhibits nothing fresh about it at all. Particularly coming after a film entitled The Final Chapter! 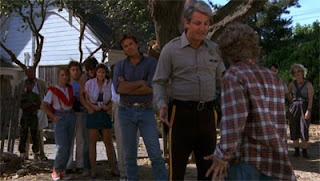 A cast of mixed-up, troubled teens make up the fodder list, but even this potentially interesting and diverse cast of characters can’t save proceedings from sliding into boredom. Seriously, this is one of the least interesting, poorly drawn bunch of teens from the series. Yes, they are at a halfway house because they have troubled backgrounds and issues (none of which are explored) and need help integrating back into society, but they're as tricky to differentiate as their counterparts in other instalments of the series. 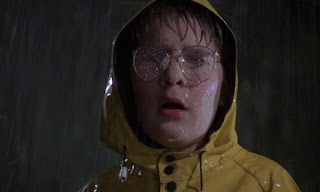 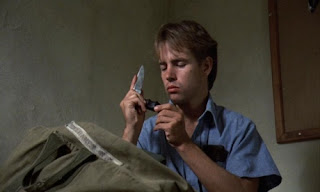 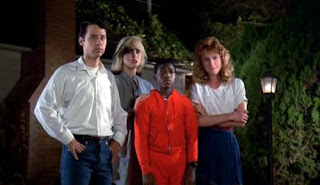 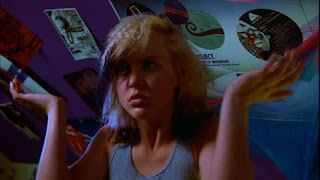 Director Danny Steinmann lacks the ability to inject any sort of tension into proceedings at all. The former adult movie director seems more at home helming the various scenes where characters take their clothes off. Indeed, a few scenes come across as a bit 'porny', and as ever with this series, most of the characters are only introduced for one thing – to be killed. Yes, many of the characters in Friday the 13th movies are only introduced to be killed, but at least there are some attempts, as weak as they may be, to flesh them out a little before they're cut up. Even the final chase scene – often the saving grace of many of the other lesser sequels – lacks any sort of impact here. 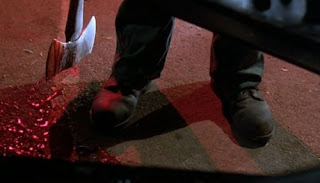 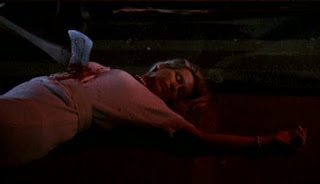 The kills have become mechanical and by-the-numbers (though again, some would argue that this has been the case throughout the series!) and the stalking scenes leading up to them exhibit no tension whatsoever: characters do drugs/party/have sex/do Eighties robot dancing in their bedroom, think they hear a noise, go back to what they were doing, turn around and BAM! Roy Jason thrusts something stabby into them/beheads them/gouges out their eyes/impales them/terrorises them while they’re on the loo/hatchets them in the chest and so on and so forth and blah, blah, blah. Maybe my utter apathy comes from being so desensitised to this after watching five (What!? Only five so far!???) Friday the 13th movies in quick succession? One thing is for sure, they’re starting to bleed into each other now. I began to mix up victims from this film and Jason Lives… Or was it The Final Chapter? Please send help. 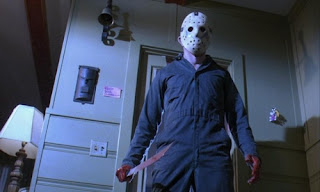 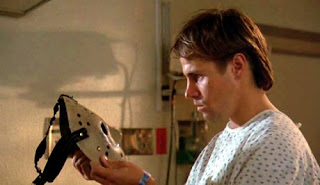 An uneven, sleazy and quite messy addition that had so much potential given the plight of Tommy, the wasted ‘is-he-isn’t-he-the-killer?’ angle and a potentially cool cast of troubled teens who should, by rights, have been more than a match for Roy Jason. Don't even mention the silly ending where Tommy is set up to be the next Roy Jason though. It didn't make sense then, it doesn't make sense now. Or does it? As I said before, please send help.
Backwoods Slasher Body Count Movie Crystal Lake Eighties Horror Final Girl Friday the 13th Jason Voorhees Morality Sequel Slasher Stalk'n'Slash