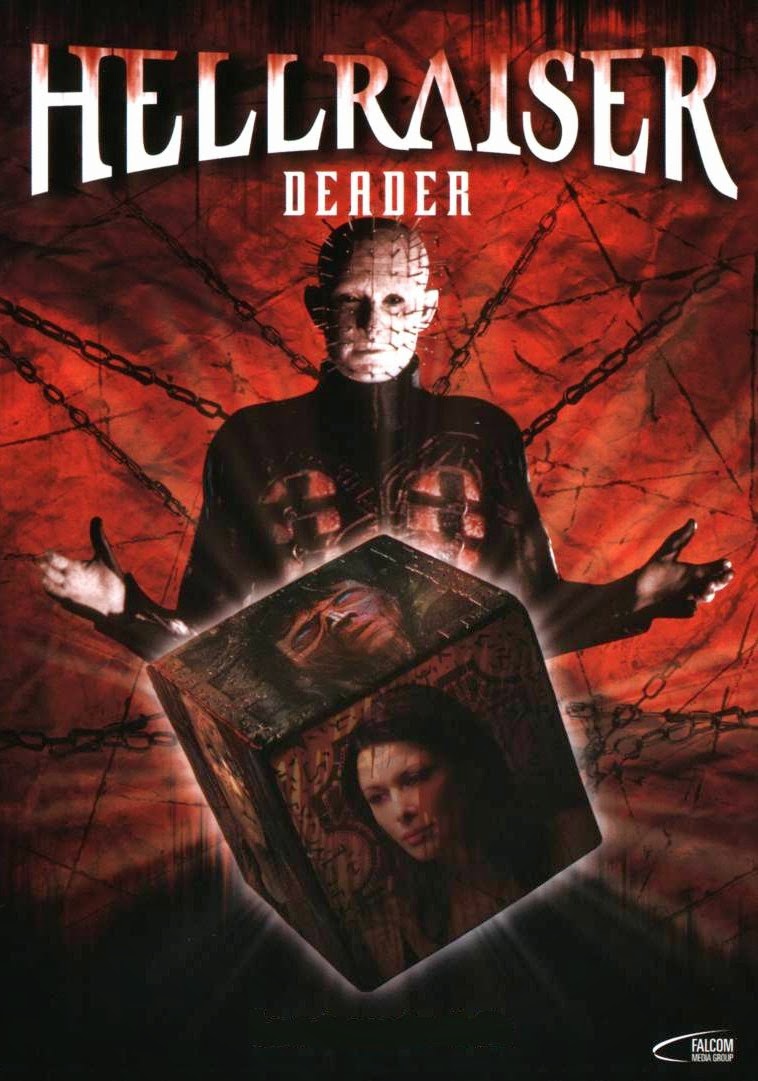 When a streetwise journalist begins investigating a bizarre underground cult, dabbling in necromancy and the resurrection of the dead, she becomes embroiled in a nightmarish world in which her very soul is at stake…

The seventh film in the franchise, Deader wasn’t actually written as a Hellraiser film. An existing spec script by Th13teen Ghosts co-scribe Neal Marshall Stevens had elements of the Hellraiser mythology added to it by Tim Daly (co-writer of the dreary Hellseeker). And it sort of shows. Much like Inferno and Hellseeker, it feels cobbled together in a lazy attempt to keep the franchise afloat; the overtly 'Hellraiser' moments a clunky afterthought. That said, it’s certainly a marked improvement on the prior instalment, and at the heart of proceedings twitches a genuinely interesting concept - an underground goth/punk/post-rock cult experimenting with suicide, necromancy and resurrection. These are themes that were dealt with in Barker’s original, albeit in a much more cohesive and sophisticated manner; as such, Deader has more in common with Barker’s vision than other sequels he wasn’t involved with. Like its immediate predecessors, Deader’s fragmented narrative is constructed around nightmares, flashbacks and creepily off-kilter scenes revealed to be dream sequences. Bota continues his knack for blurring the lines between reality and nightmare, and while he does it very well, every time it occurs, and our heroine is saved from macabre situations merely by waking up and realising she was dreaming, it robs the narrative of tension.

The opening scene depicting junkies strewn about a crack den suggests Deader is poised to include a vague social commentary about addictive natures, and individuals who just disappear into netherworlds of experimentation and hopelessness, when their attempts to alter a miserable reality only serve to ensnare them in hell. Sprinkled throughout are ruminations on freewill and human nature, and in its bleak denouement, Deader’s heroine Amy actually commits the darkest act of freewill to ensure her soul remains intact. A daring move for a straight to DVD sequel. Drawn into a world where the living resemble the dead, and the dead are, well, alive, Amy’s descent into hell seems to speak of contemporary society’s somnambulistic state; reality is too raw so we deaden our senses with drugs, sex and sundry forbidden pleasures. As headstrong reporter Amy Klein, Kari Wuhrer makes for a refreshing lead - especially when compared with the last few films and their unsympathetic/unreliable male protagonists. Wuhrer goes above and beyond what one would expect given that this is Part 7 in a series already criticised for its decline in quality. She evokes sympathy and, as a deeply flawed and somewhat relatable character, finds that her own nature is what draws her deeper into the shady abyss she finds herself in. 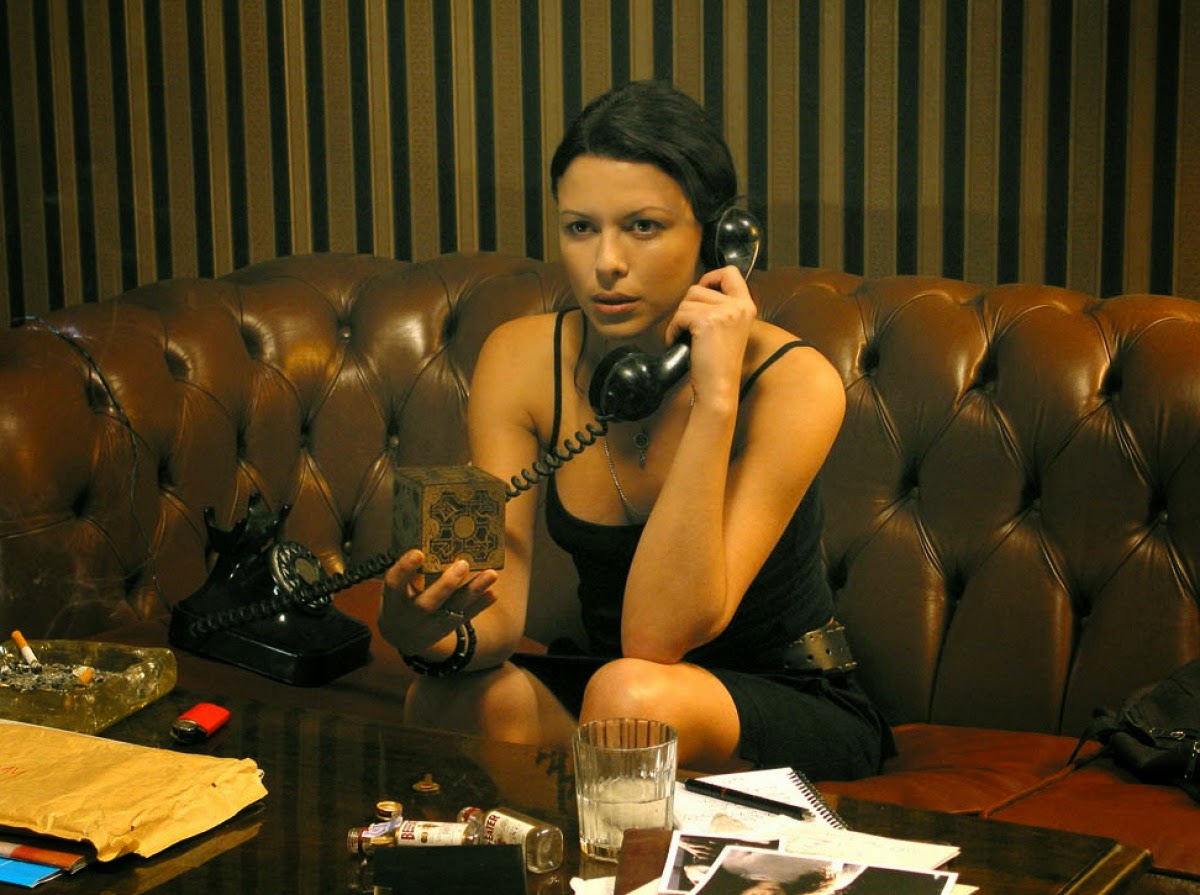 The Romanian setting helps imbue the film with an eerie atmosphere, and while it was obviously chosen because of its affordability and irresistible tax breaks, with its history of dark folktales concerning wraiths, the walking dead and vampires, it serves as a strangely fitting locale for a tale of the dead returning to life. The dead themselves possess an incredibly haunting look conveyed through striking make-up effects - all decomposing flesh and glassy eyes. The location also feeds into the depiction of disenfranchised people wandering through life preoccupied with death, and feeling dead inside, and could be a statement about communist repression and desperate people seeking a way out of dire circumstances. Then again, that could be the wine talking. The influence of J-Horror - so very popular at the time - is also pretty obvious. Shades of Ringu abound when Amy’s downward spiral begins after she views something sinister on a mysterious videotape… 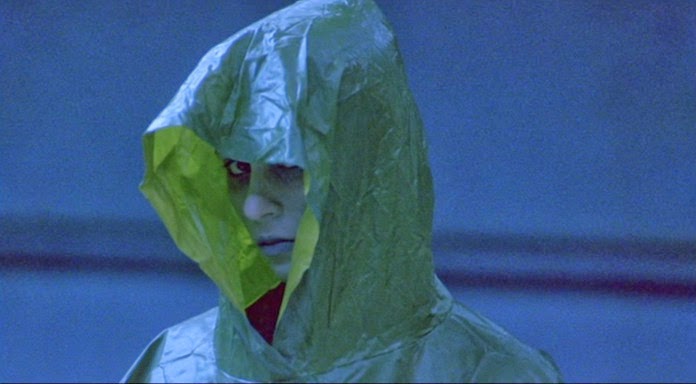 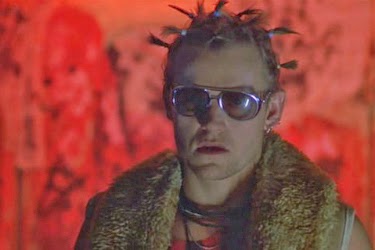 Tenuous connections to earlier films come with the revelation that the enigmatic and dangerous Winter (Paul Rhys), the leader of the necromancers, is a descendent of the creator of the Lament Configuration. At one point he describes the puzzle box as a 'family heirloom', and a way to cheat death and discover infinite pleasure. Later, when he is confronted by a seething Pinhead (Doug Bradley), he is referred to as ‘toymaker.’ Continuity is weakened however, through expository dialogue that seems to ignore/contradict what we already know about the Lament Configuration and the Cenobites. Well, considering the screenplay for Deader wasn't even initially written as a Hellraiser film, inconsistencies pertaining to continuity are to be expected. Apparently only a select few can open the puzzle box, and those attempting to open it must possess an inherent darkness in their soul to allow them to solve the intricate puzzle. Flashbacks of Amy’s abusive childhood seem to scream at us ‘this is why she’s so self-destructive.’ Morality is as black and white as it was in Inferno and Hellseeker, and long gone is Barker’s disturbing grey area. Why can only some people open the box when before, anyone could? And why is it that Winter, as a descendent of John Merchant, cannot open the box when Angelique said in Bloodline that the very blood of Merchant’s descendents would remember? Why is it that I even care?

Deader actually emerges as one of the better made sequels, and despite the endless it-was-only-a-bad-dream moments, the narrative is tighter and the pace more brisk than prior titles such as Hellseeker. However, while the germ of a fantastically intriguing idea lurks in the shadows of this muddled yarn, one cannot help think it has been compromised by tacking everything together as yet another Hellraiser sequel. As it is, the series continues to move further and further away from Barker's initial hermetically sealed nightmare.
Dream Sequences Hellraiser Franchise Hellraiser Marathon Hellraiser: Deader Rick Bota Sequel Zombie Film