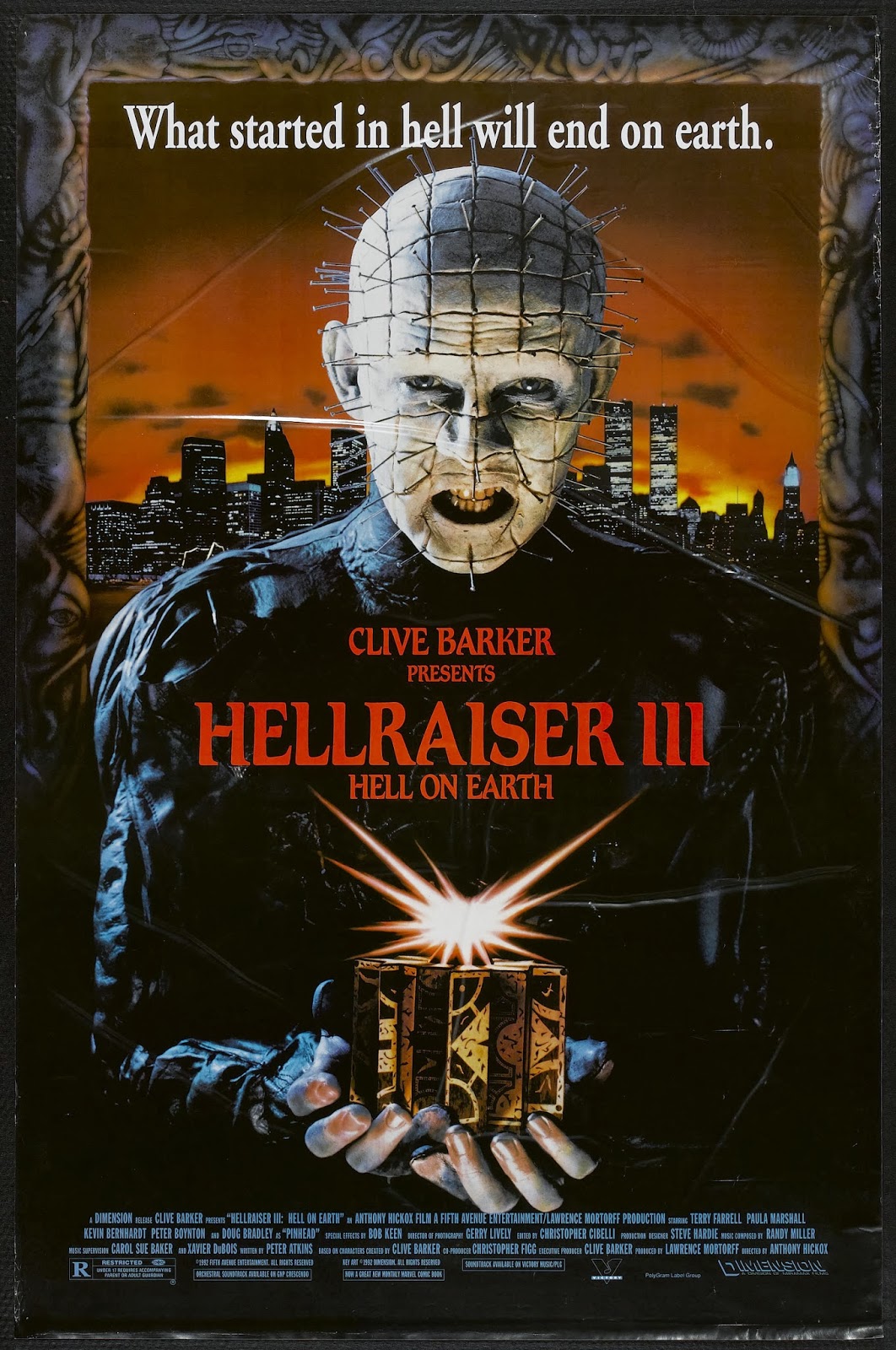 When the diabolical Pinhead is freed from his prison, a macabre statue purchased by a sleazy nightclub owner, he sets about creating a new army of Cenobites to aid him in his quest to establish hell on earth. What he doesn’t count on is feisty TV reporter Joey Summerskill, the only person with the courage and knowledge to defeat him and thwart his fiendish schemes. She is aided in her quest by the spirit of Pinhead’s former human self, WW1 British Army Captain, Elliott Spencer. There will be blood…

The first Hellraiser slow-burned its way through searing violence and morbidly sexualised imagery, while sequel Hellbound upped the scope and hammered home the depressing, downbeat tone with surrealistic depictions of a cold and private hell. Written by Peter Atkins and Tony Randel, the writers and director of Hellbound, and with Clive Barker in the role of executive producer, Hell on Earth unravels as a commercialised, diluted version of Barker’s original themes and bloody visions. Its comparative tameness is suggestive of the studio’s desire to repeat box office success while moving Hellraiser further into the mainstream. That said, it’s a solidly entertaining flick with a fairly brisk pace, again indicative of the studio’s desire to make it more commercially appealing. It also exhibits something of a sense of humour, particularly in comparison to the deadly serious tone of the prior instalments, with the inclusion of ridiculous, crowd-pleasing Cenobites (including DJ Cenobite, whose face is impaled by CDs, which he flings at people). Thanks to close attention to continuity, the narrative flows and there is a distinctive unity between this and the first two films. Even Kirsty (Ashley Laurence) reappears, albeit on a videotape from the Channard Institute, to divulge information/exposition relating to the Cenobites, the mysterious hell-gate opening puzzle box, and generally helping to expand the mythology of the burgeoning series. 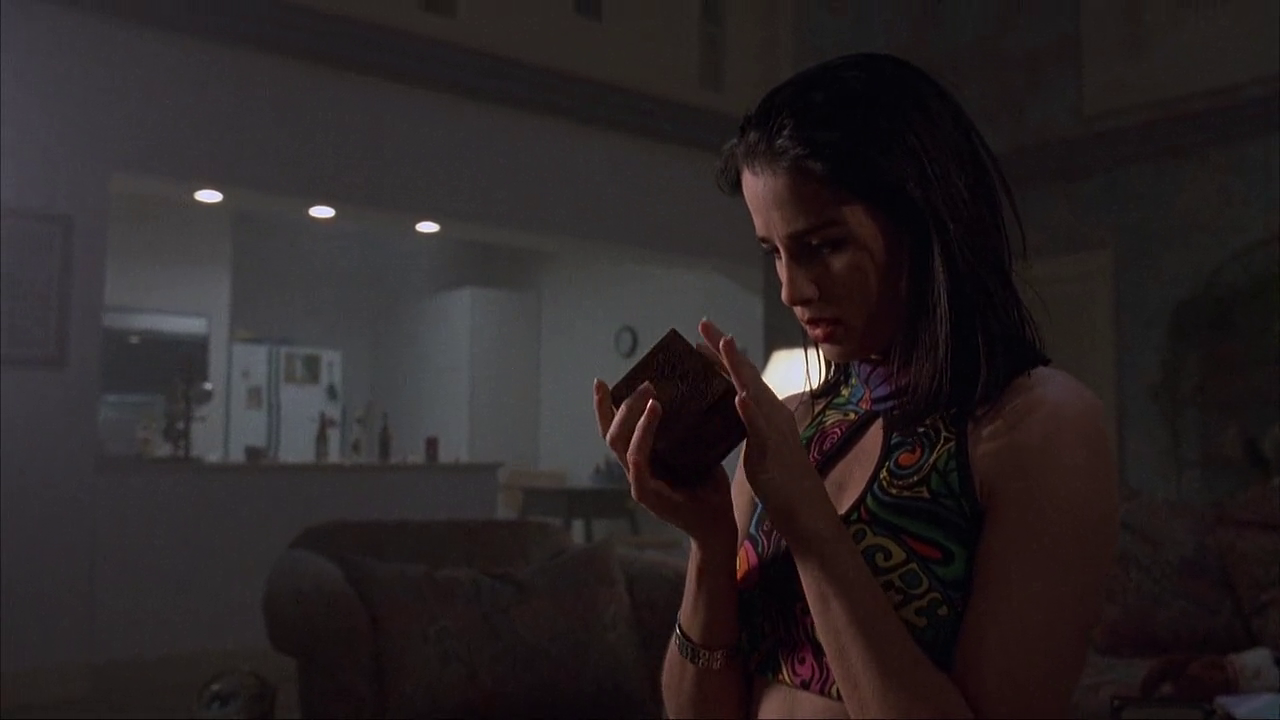 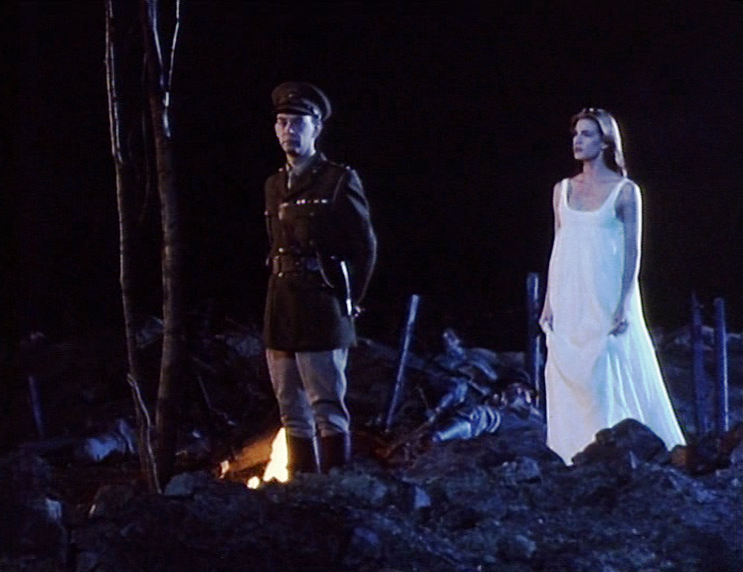 Following in the courageous footsteps of Kirsty Cotton is Joey Summerskill (Terry Farrell), a sassy reporter who quietly despairs at the state of her career. To add to her woes, Joey has reoccurring dreams of her father’s death in Vietnam. These dreams speak of the fragility of human life, as we see countless soldiers shot down and blown up. Determined to find a decent story with which to catapult herself to success, she witnesses a gruesome scene in a local hospital in which a young man is torn apart by bloody chains; later revealed to be the result of him opening the now infamous puzzle-box. Joey teams up with Terri (Paula Marshall), a troubled rock-chick whose abusive ex has inadvertently released Pinhead from his earthly prison, and together they attempt to destroy the puzzle-box.

Doug Bradley moves to a much more central role as lead Cenobite, Pinhead; now firmly established as the antagonist of the series. While he doesn’t quite have Freddy Krueger’s knack for cheesy one-liners down pat (that dishonour goes to Camerahead Cenobite), he does exude a dark'n'devilish charisma. He also portrays Pinhead’s former human self, the softly spoken Captain Elliott Spencer. You see, when Kirsty reminds the Cenobites of their former humanity at the climax of Hellbound, it results in Pinhead splitting into two separate entities; his former human self, a WW1 British Army captain, and his ‘dark side’, his Cenobitical form, Pinhead. Spencer is relegated to limbo, while Pinhead is imprisoned in a corporeal statue - the Pillar of Souls. Spencer haunts TV reporter Joey’s dreams and attempts to communicate with her through TV and radio signals, acting as her guide and mentor in her attempts to stop the Cenobites once and for all. Usually when the background and humanity of horror villains is explored, it strips them of their power to terrify, making them more human and ‘relatable.’ Not so with the Hellraiser films. The dichotomies of good and evil are a main theme of the series as a whole, and by featuring the central antagonist’s former human self, Hell on Earth creates some dramatic tension and poses a few interesting questions about morality and human nature. You know, amidst all the explosions and modestly budgeted effects. 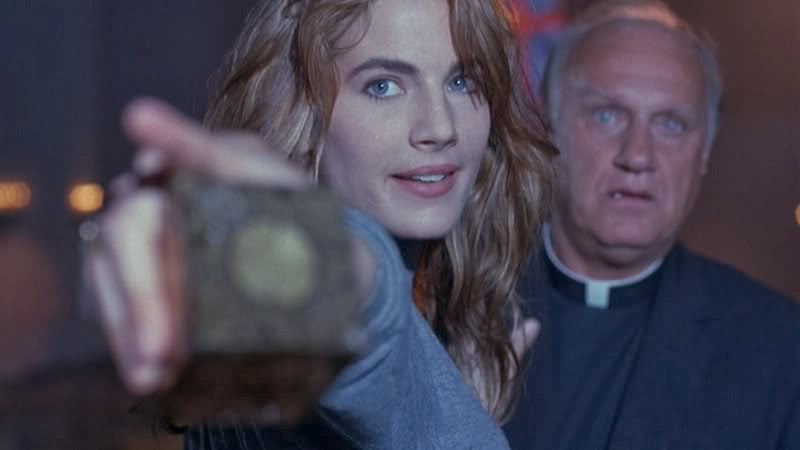 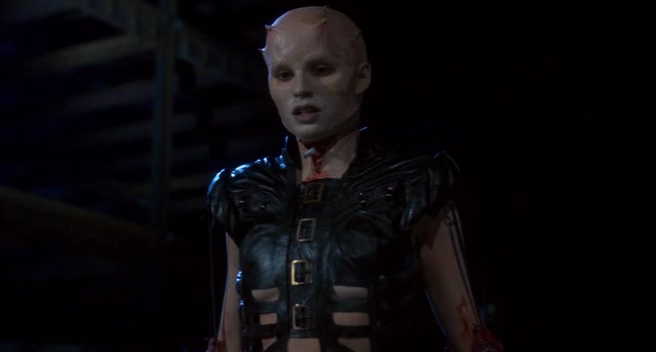 While the plot is slight, Hell on Earth, like its predecessors, features some interesting themes and concepts. The Hellraiser films have always utilised religious imagery and ideas, and the blasphemous insinuations continue here with a particularly striking scene in which Pinhead belittles the passion of Christ and subverts Christian doctrine when he pursues Joey into a church and parodies the crucifixion, rasping “I am the way.” He embodies the role of ‘tempter’, appealing to the darker side of mankind’s nature. While the film still features scenes of creepy sex, the unsettling sensuality of the first film is completely gone. One can only guess at panicked execs ordering it to be cut. In its place is a blasting rock soundtrack, and Cenobites resembling the cybernetic members of Star Trek’s Borg race, as opposed to the explorers of flesh and experience that stalked through the prior films. 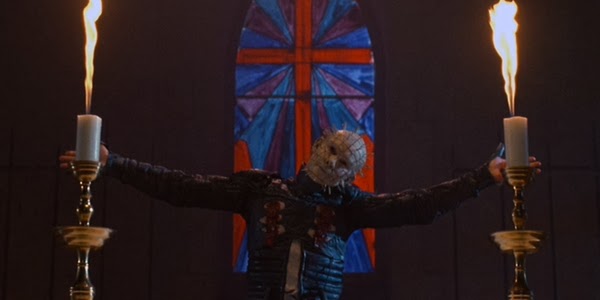 Hell on Earth contains all the violence you’d expect from a Hellraiser film, but it isn’t the same kind of violence boasted by the prior films. Gone is the forensic and clinical examination of the vulnerability and malleability of flesh. There is a flaying, naturally, but it lacks the disturbing power of those seen previously. Hell on Earth even exhibits something resembling restraint in certain scenes. When the massacre in the club is in full swing, the doors slam shut on the panicked patrons and we cut to the outside, as blood begins to flow under the door and the sounds of agonised, terrified screaming begins to fade beneath the sounds of slashing, flogging and razoring, leaving the rest to our imagination. Homage is paid to various subcultures Barker made reference to in the design of his hellish entities; body-piercers, goths, heavy metal fans, etc.

While Hell on Earth lacks the grim fatality of the former films, it rounds off the original ‘trilogy’ rather fittingly, and even goes about establishing some intrigue in its set-up for further hellish instalments.
Clive Barker Hellraiser Franchise Hellraiser III: Hell On Earth Hellraiser Marathon Nineties Film Sequel

thekelvingreen said…
It's not part of the series but I wouldn't mind seeing your thoughts on Event Horizon as it owes a lot to Hellraiser.
12 March 2014 at 23:03

James Gracey said…
It's been a while since I watched Event Horizon. I remember there being quite a few disturbing sequences. And a few daft ones, too! My housemate really likes it, and often jumps to its defense when I'm being mean about it. Maybe it's time to revisit... Might be interesting to view after all the Hellraiser films.
15 March 2014 at 13:38