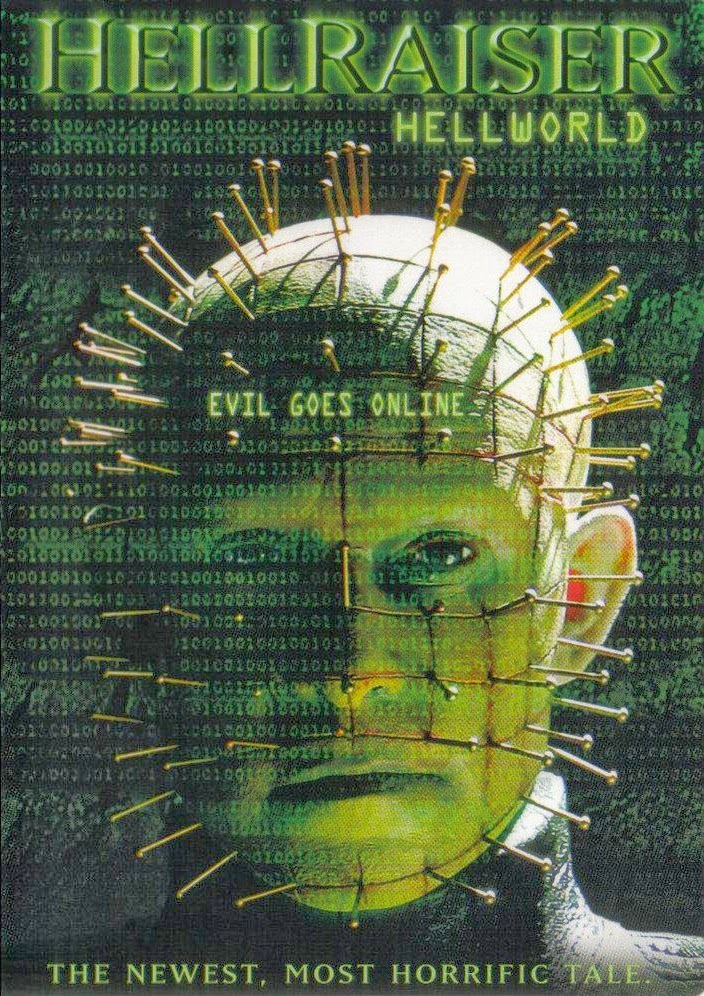 Two years after the death of their friend, who died while playing an online game based on the Hellraiser mythology, a group of teenagers find their own lives endangered. Accepting an invitation to an underground rave party at an isolated mansion, they’re told by their sinister host that the Cenobites and the puzzle box of Hellraiser infamy are actually real. Before long, the gamers are picked off one by one as nightmarish fantasies become entwined with disturbing reality...

The eighth instalment of the on-going Hellraiser series, Hellworld, like Deader before it, didn’t actually start out as a Hellraiser film. Based on a story by Joel Soisson (writer of Mimic 2, Hollow Man 2, and various Prophecy sequels) called The Dark Can’t Breathe, Hellworld unfolds as a strange and rather bland fusion of slasher flick and creaky haunted house yarn. The narrative essentially consists of teens partying at a spooky mansion, splitting up to explore said mansion, venturing into creepy, blue lit rooms, calling each other on complimentary mobile phones to say stuff like “There’s something really strange going on in this house”, and then getting themselves murderlised in a succession of tensionless and not very interesting ways. Like the plot, the cast is minimal, so there’s a lot of padding courtesy of sex scenes, inane dialogue and shots of the other revellers decked out in white masks and going hell for leather on a red-lit dance floor. Needless to say proceedings quickly become formulaic and very repetitive.

Hellworld could have been an insightful satire of the Hellraiser series and its predominant themes, as well as a critique of contemporary horror and the idea that it, along with violent computer games and the relentless advance of technology, has a negative influence on society. It isn’t. Nor does it have anything remotely interesting to say about myths, cyber-lore (The Tall Man, anyone?) and horror icons (re. Pinhead) being subsumed into popular culture. Despite setting the story in the ‘real world’ where people are aware of the Cenobites and the puzzle box but believe they are myths, Hellworld reneges on its initial promise of reflexivity. And anything even remotely resembling intelligence. This whole angle is completely wasted. The scenes in which the Hellraiser mythology, as well as its ‘franchise icon’, is discussed by the host (Lance Henriksen) and the teenagers come off as cheap and silly, when they could have been genuinely interesting. The puzzle box and Cenobites are referred to as myths, while Lemarchand, the creator of the box and subject of Bloodline, is described as a character from a scary story. They could have been discussing the mythology of any series. Oh, that’s right, they were. Like Deader before it, Hellworld’s references to Cenobites and puzzle boxes and Lemarchand were simply inserted – with all the finesse of a square peg in a round hole - into an already existing and completely unrelated script at the behest of lazy, greedy Dimension execs eager to keep milking the Hellraiser cash-cow. Oh, we’re also given a brief history of the mansion; it was, of course, a former psychiatric hospital, and rumoured to have been designed by Philip Lemarchand, and something about the ghost of a nun said to have been obsessed with the puzzle box. Again, all for naught. 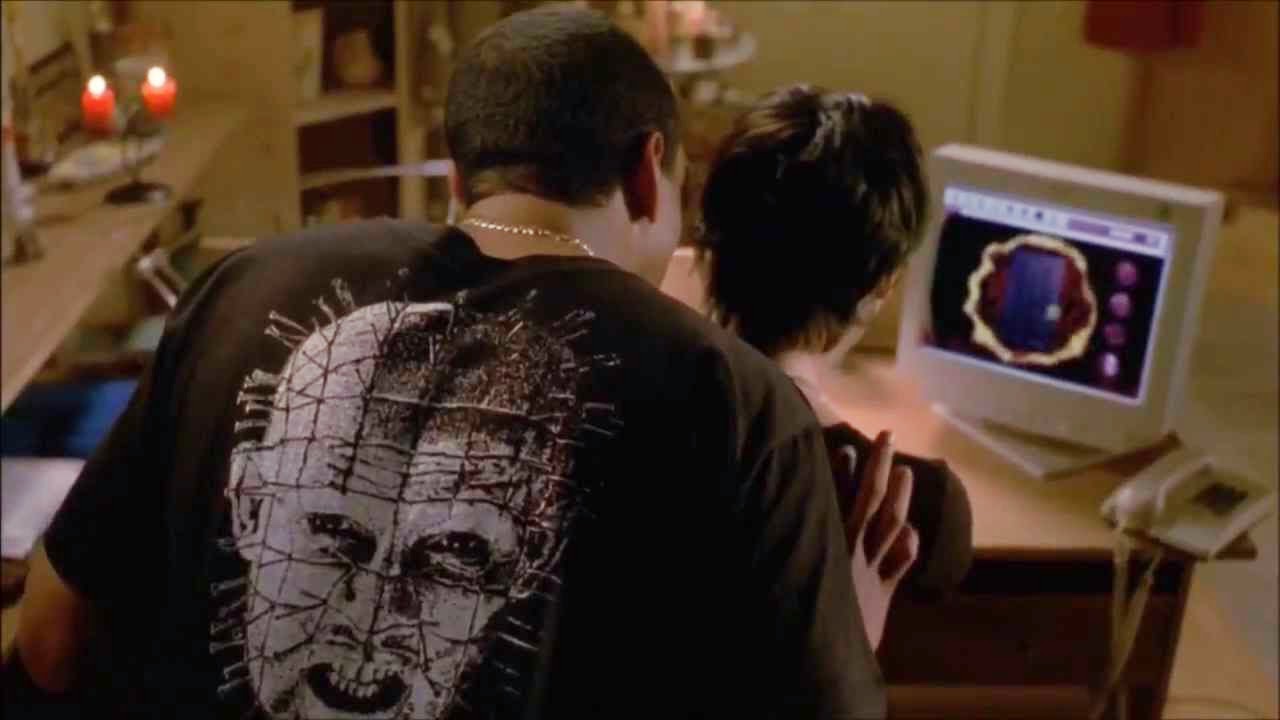 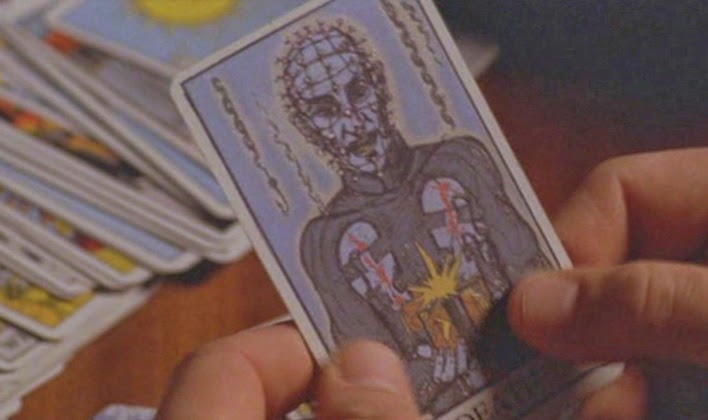 The film obviously has an ultra-low budget, but Bota still attempts to inject some style into it with atmospheric lighting and a Gothic-tinged score courtesy of Lars Anderson. Bota’s penchant for blurring the lines between reality and nightmare are once more present and once more they feature two-dimensional characters (including a pre-Man of Steel Henry Cavill looking all fresh-faced and ready to take on the world) suddenly awakening from dire situations they find themselves in, only to realise it was just a dream. Or drug/alcohol induced hallucination. Or something. Oh look, it’s Henry Cavill. 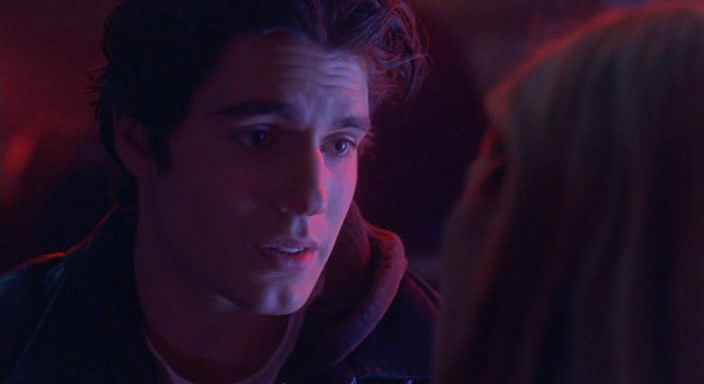 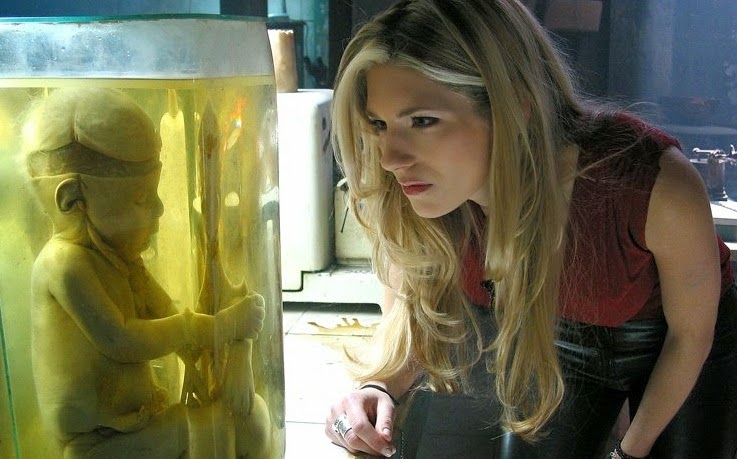 The black and white morality that underscores the later Hellraiser sequels here reaches its rather conservative conclusion, and closely resembles the same kind of moral coda featured in slasher films. Sex equals death. The characters who emerge as the ‘heroes’ of the day are of course the ones who exhibit the most guilt over the death of their Hellworld game-obsessed friend. Indeed, with all its moments of mobile phones ringing and threatening and cryptic text messages, Hellworld comes off as a rip-off of a belated and shallow Scream rip-off. Pinhead (Doug Bradley) himself even resembles a rusty slasher villain of yore as he stalks the shadowy halls of the mansion, showing up at each murder/death scene to gloat and wax lyrical about pain and reality and stuff. Long gone is the demonically licentious Pinhead of Barker’s imagination, and in his place is a pun-spouting Freddy Krueger-alike with delusions of hellish grandeur. In a not-very-tense chase scene he even stalks someone through a forest and decapitates someone else with an axe. There’s even a Saw-esque moment complete with torture chair and advancing, whirring blades. Where are the sights you once promised to show us, Pinhead?! 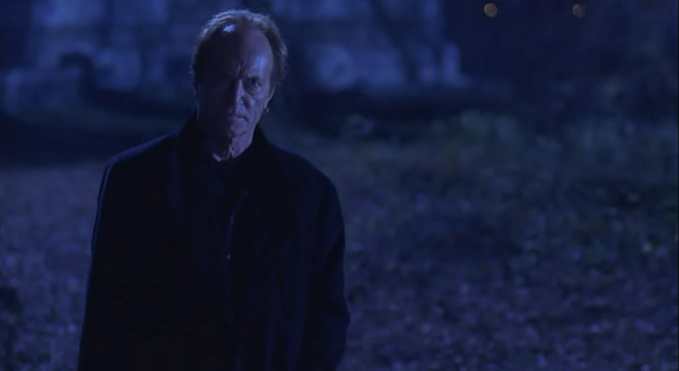 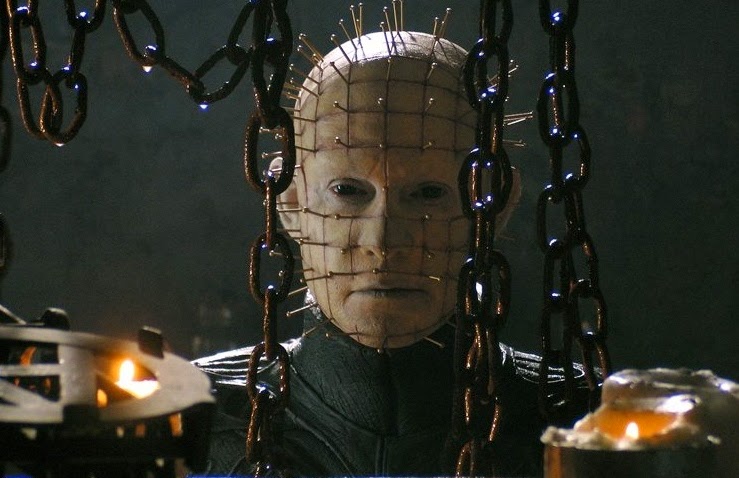 Not even the presence of genre veteran Henriksen, who as the sinister host of the party proves he can still do menacing really well despite an idiotic script, or a nasty twist reveal in the third act, can help exhume Hellworld from the doldrums of tedium it wallows in. While there is an interesting premise here, it’s lost in a mediocre script and rudimentary direction that fails to generate any tension.
Haunted House Hellraiser Franchise Hellraiser Marathon Hellraiser: Hellworld Rick Bota Sequel Slasher Stalk'n'Slash Technology