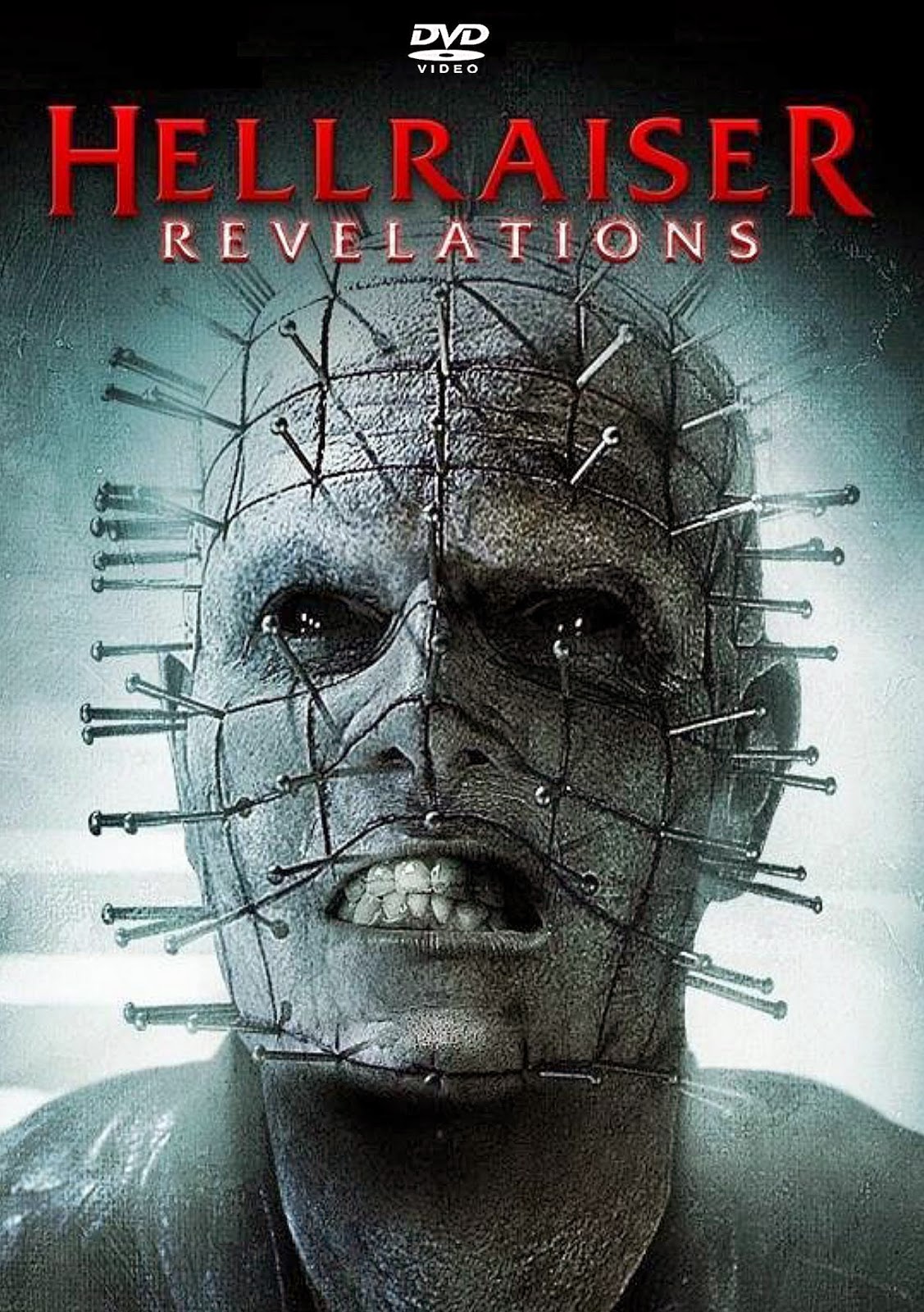 While on a pleasure-seeking road trip to Mexico, teenagers Nico and Steven discover and open the Lament Configuration, unlocking the gateway to a hellish dimension presided over by sadomasochistic demons known as Cenobites, who abduct and torture Nico. When Steven finally returns home to his family, dark secrets are unveiled and souls are at stake as the Cenobites close in on their prey…

Based on a story and screenplay by Gary Tunnicliffe - who had provided the special effects and make-up for many of the Hellraiser sequels - Revelations was rushed into a three week production at the behest of Dimension, who were apparently at risk of losing the rights to the franchise. At this stage the studio was still struggling to get its long touted Hellraiser remake/reboot/reimagination off the ground. Seemingly stuck in development hell, the remake has had many recognisable genre names attached to it since it was announced several years ago, including Patrick Lussier (Wes Craven’s regular editor, director of My Bloody Valentine 3D) and Pascal Laugier (House of Voices, Martyrs). The searingly brutal Martyrs, with its graphic depictions of human flaying and strangely philosophical subtext, marks Laugier as an obvious and appropriate choice to helm a revision of Barker’s shocking classic. He backed out however, citing creative differences, as Dimension wanted a teen friendly, highly commercial (re. diluted) hit, whereas Laugier wanted extreme cinema with no mercy. In lieu of a remake, Revelations was hastily thrown together. At least it was actually written as a Hellraiser film, unlike its immediate predecessors. Don't get your hopes up though...

Incorporating elements of the found-footage and home invasion sub-genres, as well as some recognisable slasher movie troupes, Revelations emerges as an uneven and vacuous work. With its teen protagonists and their only slightly older parents, it has the look and feel of a really dark episode of The OC. Copious scenes involve the parents sitting around a plush hillside home, drinking fine wine and discussing their feelings, while flashbacks, and the boys’ recovered video footage, fill us in on what happened to them. None of it is remotely scary, suspenseful or disturbing. The wine looks nice though. When one of the boys returns home, it soon becomes obvious that all is not as it seems and the stage is set for a hellish showdown that never quite materialises. We’re in familiar slasher movie territory when someone realises that the phones are dead and all the cars are missing from the driveway, effectively stranding the group at their plush but isolated locale. Garcia attempts to inject something resembling tension into proceedings, but his efforts are thwarted by awful dialogue, overwrought performances and uneven pacing. 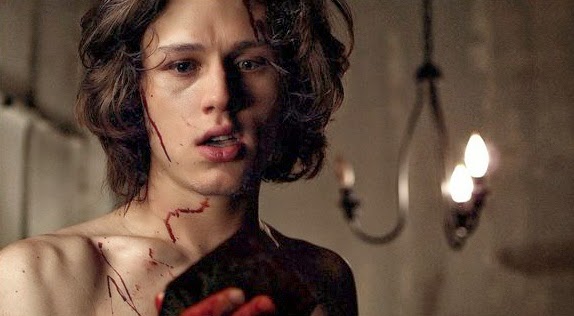 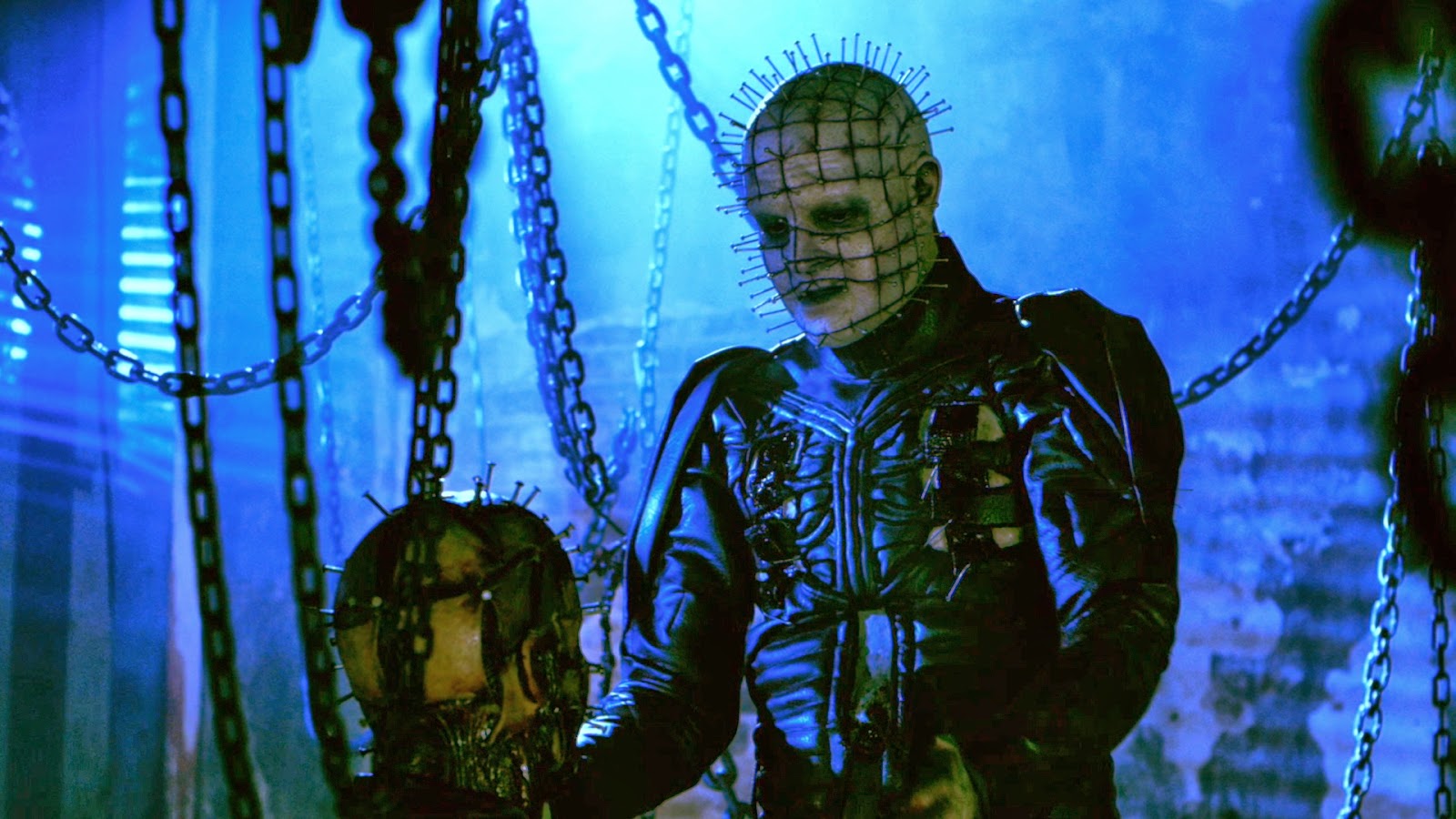 A sizable chunk of its thankfully brief running time basically reworks the plot of the first film, as the boys, eager to experience new sensations and extreme pleasures, find and open the puzzle box and summon inter-dimensional demons who want to do things with their flesh. When Nico eventually escapes their hellish clutches, revived by blood spilt on the mattress upon which he died, he sets about trying to obtain a new skin for himself. Whereas Clive Barker’s original chiller featured a discontent and lusty housewife committing whatever ghastly acts of murder and mutilation necessary to provide her resurrected lover with a new skin, Revelations throws in a spot of blackmail to explain the dreadful deeds Steven commits to help Nico. In one of many throwbacks to the original, they even encounter a sinister vagrant who offers them the box, and the unsettling suggestion of incest evident in Barker’s film (the moment when Frank makes ungainly advances towards Kirsty while wearing the skin of her father) is also briefly revisited, foreshadowing the 'big reveal.' The only remotely interesting element is a vague subtext pertaining to America’s bored, disenfranchised youth seeking extreme forms of escapism to help them feel alive, as the boys gradually reveal a dark, Columbine-esque nihilism. 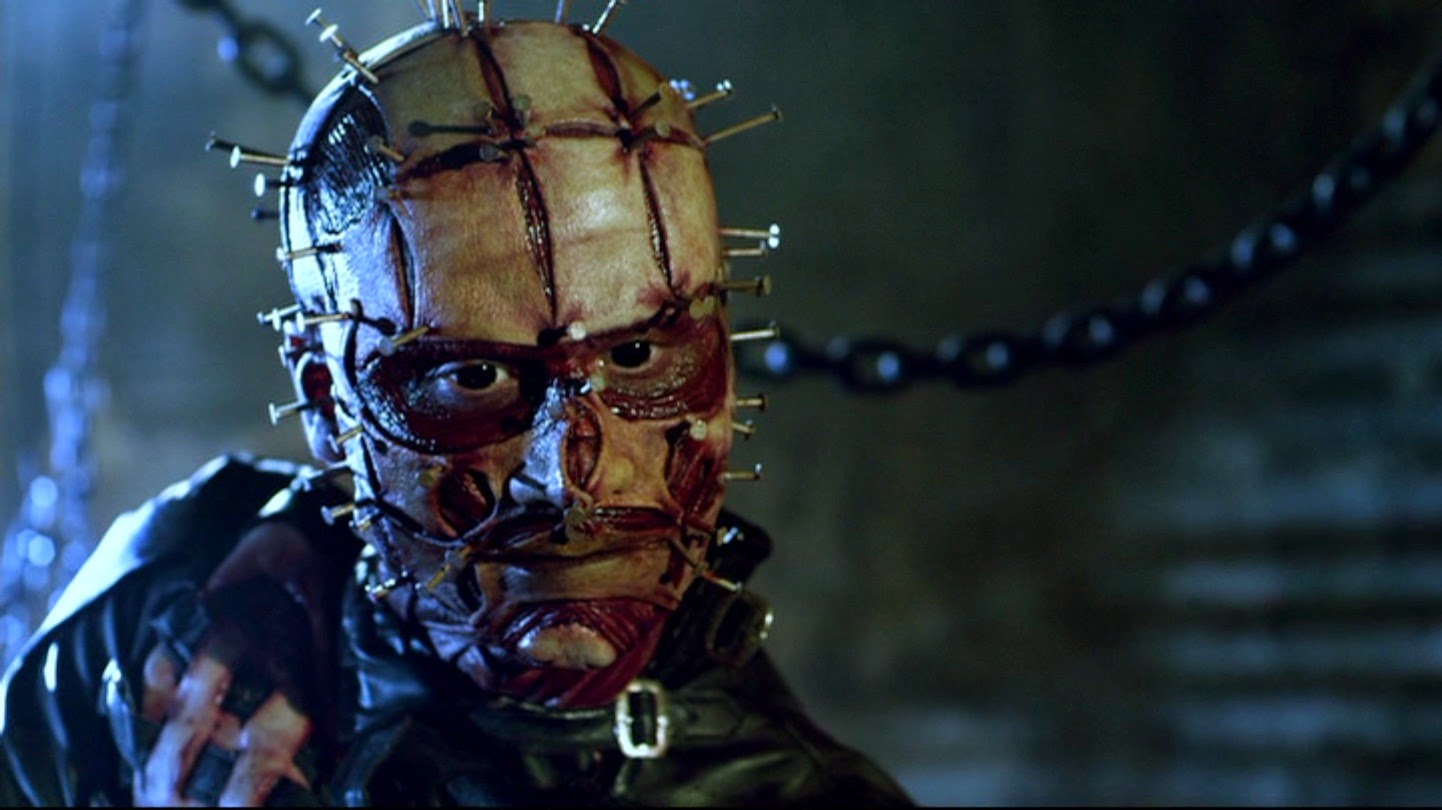 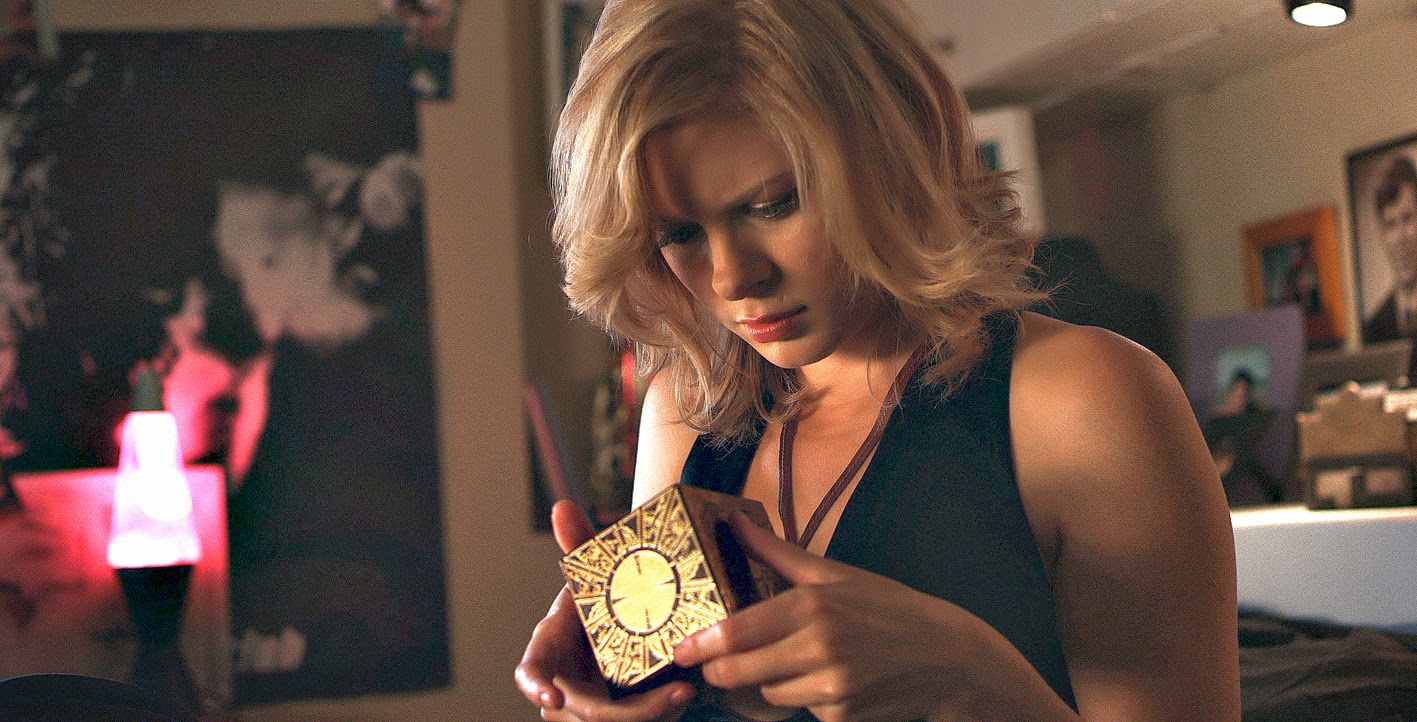 Much controversy surrounded the fact that Doug Bradley declined to reprise his role as head Cenobite, Pinhead. Replacing him is Stephen Smith Collins, who exudes about as much menace as a wet flannel. Some of the make-up is quite impressive, particularly that of Nico in Cenobite form as ‘Pseudo-Pinhead’, but any power it could have imbued the film with is lost amidst the myriad scenes of people talking. The narrative, which cuts back and forward in time, could have helped create tension if proceedings hadn’t have been conveyed in such an anaemic manner. Oh, and apparently the most effective way to open the Lament Configuration is to do so sitting atop an expensive coffee table surrounded by candles, wearing a low-cut dress and pouting seductively. An eternity of mediocrity!
Body Horror Hellraiser Franchise Hellraiser Marathon Hellraiser: Revelations

Roman J. Martel said…
Just wanted to thank you again for the wonderful coverage of this series. I'm with you and think the first two are really excellent horror films. And after that things really spiral downwards. There was so much potential in this franchise, its a shame it want so badly in the end. But hell, of Barker can get the whole thing rebooted, we may be in for a new diabolical treat.

James Gracey said…
My pleasure Roman - and thank *you* for checking them out and leaving a comment.
I've been meaning to dip into the Hellraiser films for a while now - never really ventured past the first few. Now I can move on with my life! ;)
3 April 2014 at 20:39